4 Signs You Need To Replace Your Sump Pump

Every homeowner trusts their sump pump to be a defense against floods in the basement. Fortunately, a sump pump is only needed when there is rain. This also means that most homeowners rarely check their sump pumps.

Professionally installed sump pumps can last for seven to ten years without the need for replacement. But that doesn't mean you should neglect the pump. Mind you, a sump pump can fail when you need it most. Here are some signs it's time to replace the sump pump.

Banging noises are a sign your sump pump is damaged or worn out. In most cases, the noises or vibrations are a result of a crooked impeller or rust. While the problem is fixable, it is pretty expensive to do it. Surprisingly, replacing an impeller is quite expensive and complicated. You're better off replacing the old sump pump with a new one instead. The only time replacing an impeller makes sense is if you are dealing with a new pump.

Clogging is a common phenomenon with sump pumps, but it should not happen frequently. So, if you are dealing with constant clogging, then there is a problem. You either have the wrong size pump, or there is plenty of debris in the sump pit.

If your sump pump is too powerful, it will quickly empty the pit and pick up debris along the way. This will ultimately cause nasty clogs, despite the pump having debris protection. In such a scenario, you'll have to replace the powerful pump with a smaller one. If your pump's discharge lines are constantly clogged, consider replacing the pump.

Even though sump pumps have a long lifespan, you should not assume they'll stay strong until their time is up. Most of them will begin showing aging signs within a few years. Of course, that will depend on the conditions of the basin. If the conditions are worse, the sump pump will wear out quickly.

You can tell that a sump pump is worn out by checking for corrosion, banging noises, and low performance. If you notice any of these signs, call an expert to replace the sump pump.

You can gauge performance by checking the number of gallons the sump pump moves. If the number keeps on decreasing, then you should replace the pump immediately. Sometimes the decline will be so alarming that the pump can't get rid of the sump water in time. Unless you want to stick with a flooded basement, you should consider a sump pump replacement.

For more information, contact a plumber in your area. 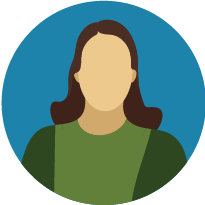 Think about how different your life would be without plumbing. To get water, you would have to walk outside and pull it up from a well. To use the bathroom, you would have to venture out to an outhouse, which would certainly not be pleasant in the winter. We really have to thank plumbers for the work that they do, since it allows us all to stay comfortable and do our business inside of our homes. Life has been transformed, in so many ways, by the plumbing profession. Join us in honoring plumbers by reading the articles on this website.